“People need to communicate and make choices. That’s how our lives get bigger.” —Marsha Threlkeld 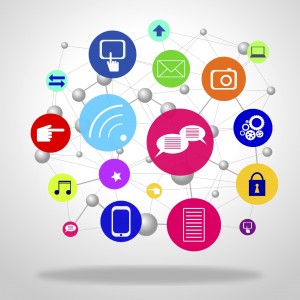 When the DD Council received funding from the Developmental Disabilities Administration to explore ways that technology could be used to create greater independence for people with I/DD, things did not go exactly as planned.

“We thought we would get all these homes outfitted with some really great technology,” says Sue Elliott of The Arc of Washington, the contractor for the project. “But instead of connecting devices to people’s homes, we found that people needed devices to connect to other people.”

According to Marsha Threlkeld, the assistive technology expert brought in to run the project, “Every person was dealing with isolation across the board. They weren’t getting out and didn’t have the ability to be in touch with others and the world. People need to communicate and make choices. That’s how our lives get bigger.”

Every person was dealing with isolation across the board. They weren’t getting out and didn’t have the ability to be in touch with others and the world.

Threlkeld used a person-centered approach to learn about the individual before looking at technology options.

“I asked what they like to do, where they like to go, who they spend time with, and relationships that are important to them. It’s completely person-centered. I’m trying to understand what they want for personal growth and change. After that, we could start to see gaps.”

The gaps pointed to problems the person wanted to solve and what needs technology could help with.

Because none of the participants had any experience with technology, Threlkeld had to ensure that everyone involved in the person’s daily life was on board.

“Getting everyone keen on using technology is really the key to making it work. You have to find out how the staff learn and what their abilities are.” 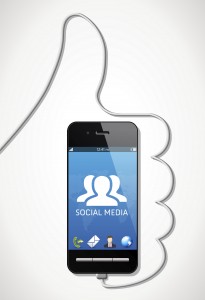 For staff with little or no interest in technology, it took a little more time to introduce the concepts without overwhelming anyone. “I didn’t want them to shut down if I gave them too much at once.”

After discovering what one of the participants, “Dan,” liked to do, Threlkeld set him up with an iPad. His supported living provider arranged for WiFi after ensuring that Dan could afford the monthly cost.

Dan and his supported living staff worked with Threlkeld to create a plan on how to use the iPad. The plan included pictures of things Dan liked to do and people with whom he wanted to stay in touch.

When Threlkeld called to check in and see how it was going, she received an enthusiastic report. “[The staff person] said that they had been on the internet, looking at food sites, and Dan said he wanted Indian food. The staff couldn’t believe it. He said, Who knew Dan liked Indian Food! I had no idea, all these years!”

Another big discovery came through basic cable. “The staff always thought Dan didn’t like to watch TV, but once he had basic cable and WiFi, and could watch shows on his iPad, they realized that it wasn’t that he didn’t like television—it was that he couldn’t see it! Now, Dan goes online to pick movies he wants to see and a whole world is opening up to him.”

It didn’t stop there. They added Facetime to the mix so that Dan could stay in touch with a friend from church whose visits had dropped due to health issues. Dan can now log on and visit with his friend on a regular basis.

Threlkeld points to access to technology as a civil rights issue. “When you have people whose ability to be with others is limited in life, shouldn’t they have the same opportunities as the rest of us?”