Inclusion Doesn’t Have to Mean Blending In 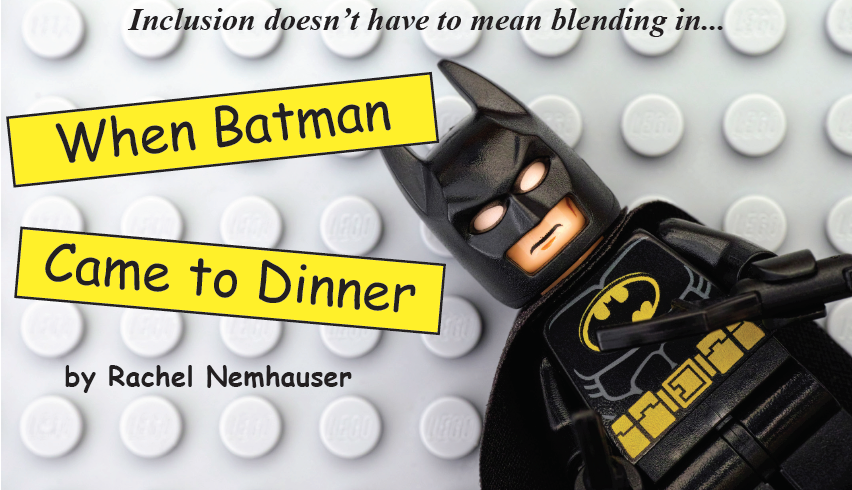 There was a time not too many years ago when Nate wore a superhero costume as often as possible. He adored the adventure and predictability of shows like Batman, Spiderman and the Incredible Hulk, and he strove to mimic their heroism and bravery. He created extensive scenarios and exciting battles of good versus evil in our backyard. He saved the city or his sidekick. He built traps and he made plans. His imagination was limitless and his dedication to preventing crime was fierce.

When we’d venture out into public for a family dinner or a visit to the park, Nate’s commitment to his character often meant a passionate resistance to changing into street clothes.

Nate was a lanky pre-teen, it wasn’t Halloween, and no one else would be wearing a costume. He would stand out on those outings, and people would take note. 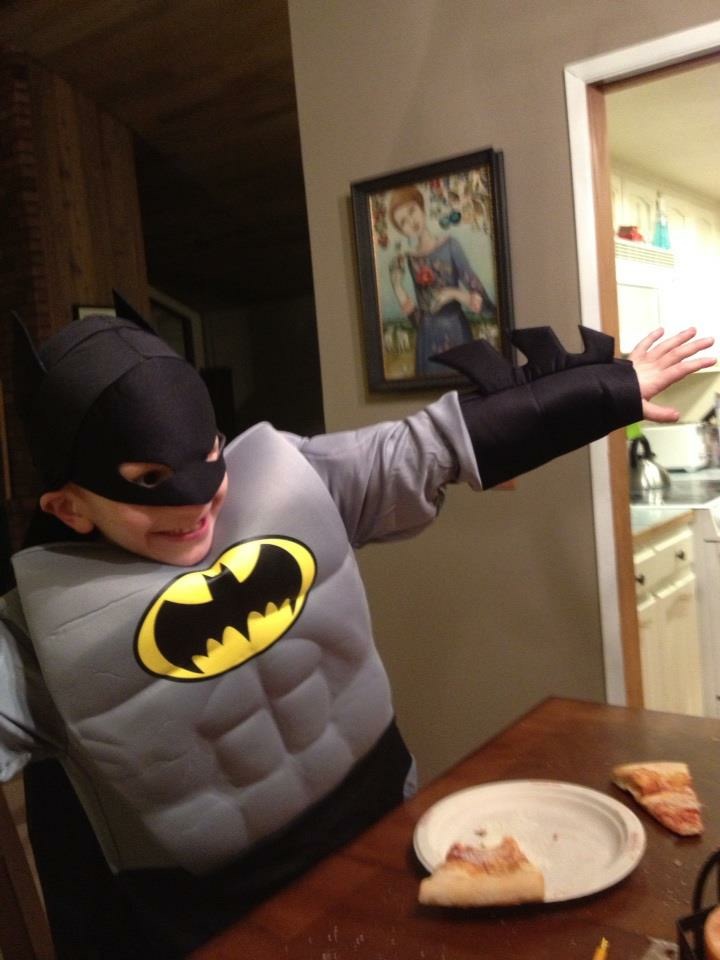 Nate’s brother Isaac, a middle-schooler at the time, would beg him to change his clothes, and even spend a few minutes trying to wrestle the costume off him. In the end though, Nate’s insistence would usually prevail, and we’d have a superhero join us for an outing.

Oftentimes people in the community would notice and smile. Sometimes a stranger would stare or laugh. One frozen yogurt outing ended abruptly when a throng of middle-school girls walked into the shop and Isaac insisted we leave immediately before they could see that Spiderman was with us.

Nate was a lanky pre-teen, it wasn’t Halloween, and no one else would be wearing a costume. He would stand out on those outings, and people would take note. The beautiful thing about Nate was that he wasn’t embarrassed, ashamed, insecure or secretive about his costume. He’d wear it proudly and without an ounce of shame. He felt awesome and strong and ready to fight crime if it arose. The rest was just background noise to him.

To be honest, frozen yogurt with a superhero is really not for the faint of heart. I sometimes wished I could just blend in…

Stares and laughs are harder for me to ignore though, and sometimes accompanying Nate into the community means feeling uncomfortable. It means being noticed and wondered about. Judged and criticized. Losing anonymity and opening myself up to unsolicited questions or advice.

To be honest, frozen yogurt with a superhero is really not for the faint of heart. I sometimes wished I could just blend in, but dining with a non-verbal 10-year-old dressed as Spiderman didn’t always allow for that.

It’s been a few years since the superhero costumes have made an appearance. I’m sad to say that as Nate became a teenager a new self-consciousness took hold. He’s shyer and more reserved in public. He’s more of an observer and less of a live-action superhero.

Now, the costumes wait patiently in a basket in the corner of the room while he focuses his attention on more mature endeavors like Xbox games and YouTube videos.

A lot has changed as he’s grown, but what remains is Nate’s unwavering confidence, and his willingness to be his authentic, emotional, noisy, creative, unique self, no matter where he is or who is watching. It is likely we will never blend in when we accompany Nate into the community, and I’m forever thankful to him for teaching me how OK that is.

Designed, developed and hosted by cloudPWR© 2022